We are Panthers! We are Proud! We are Powerful!

Our journey begins during the early 1900’s when Washington, DC was deeply divided by segregation. Due to strong community leadership, the Adams Morgan neighborhood pulled together to shed the ways of the past and fight for better education and a better future for the neighborhood. The story of Marie Reed Elementary School is intricate and fascinating as it reflects the history of one of DC’s most sought after neighborhoods.

Washington, DC was an extremely segregated city from the 1890s through the 1950s. In 1891, Wilson Elementary School, located at 2428 17th Street NW, was built to serve African American children. In 1901, the Morgan School, located at 18th Street and California Street NW, was built to serve white children. By 1930, the Morgan School building had begun to deteriorate, and the city built a new school, Adams, for the white students.

As so often happened, after Adams was built, the African American students at Wilson were sent to the Morgan School, which was still in poor condition. When the Morgan School became overcrowded, the old Wilson School was used as an annex.

It’s from these two segregated schools, Adams and Morgan, that the Adams Morgan neighborhood obtained its name.

In 1954 the United States Supreme Court landmark decision Brown v. Board of Education called for the end of school segregation. The same year a rock throwing incident between students at Adams and Morgan left one student injured. The neighborhood along with the principals of both schools was left wondering how to improve the community’s atmosphere. As a result, several community associations were formed, including the Adams Morgan Community Council.

The Adams Morgan Community Council included both white and black residents who sought to create a truly integrated school to provide a quality education for their children. The Council began to consider creating a “community school,” in which the school would not only serve as a place of learning for children, but would also offer adult education courses and provide a recreation center for area residents.

Due to the efforts of the council and individuals such as Bishop Marie H. Reed and Edward Jackson, the Morgan School became The Morgan Community School in 1967. Despite growing pains, by the 1970s the children were testing better and the community felt stronger. Many innovative programs served the students and the community as a whole.

Also at this time, the school buildings were 80 years old and had fallen into disrepair. The architectural firm Fry and Welch designed a new school on a three-acre site spanning both sides of Champlain Street. The name of the school was changed to honor the person who first envisioned the community school. The new Marie H. Reed Community Learning Center was dedicated on May 7, 1978.

Since then the school has continued to reflect the diverse community that is Adams Morgan. In its first forty years, only five principals have led the school, providing stable leadership that allowed the school to flourish. The first appointed principal was Mr. John H. Anthony, now retired. He endeavored to make Marie Reed an outstanding educational center. He was followed by Dr. John B. Sparrow, who for seventeen years spearheaded efforts that resulted in improved academic achievement and the introduction of the Spanish/English dual language program that better met the needs of growing numbers of students arriving from Central American countries. He was succeeded by his assistant principal, Dayo Akinsheye, who led the school from 2005 to 2010. Ms. Akinsheye introduced instructional practices and professional development models that continued the Reed drive for student success. Among them was the Japanese Lesson Study model, for which our faculty gained national repute. Mr. Eugene Pinkard was appointed principal in 2010 and continued to build the staff’s expertise and expand community partnerships, including one with the Soccer Club of Manchester City, which provided the updated soccer field. In 2014, Ms. Katie Lundgren became Marie Reed’s fifth principal.

By 2013, DC Public Schools recognized that Marie Reed’s building needed major updating. The mayor and city council committed the necessary funds, and in 2015, Quinn Evans Architects designed the modernization plan. The school was designed to serve 450 pre-K through 5th grade students. Along with the classrooms and school spaces, community facilities such as a pool, health clinic, and day care center were also created.

Today Marie Reed Elementary School truly embodies the values that the Adams Morgan Community Council, the parents of the Morgan School, and Bishop Reed believed in. It is a place where students, regardless of race, country of birth, and socioeconomic status receive a quality education in a loving environment that serves all the needs of a diverse community.

To learn more about our rich history, please visit our exhibit, Morgan to Reed: A Journey Forged by Community, in the main lobby of our school. The exhibit was created by a group of Marie Reed Elementary School students (grades 2-5) in partnership with a local non-profit, The Story of Our Schools. Guided by a Marie Reed teacher, the students uncovered historical facts that sparked conversation and drove the storyline for the exhibit. The opening is slated for 2018. 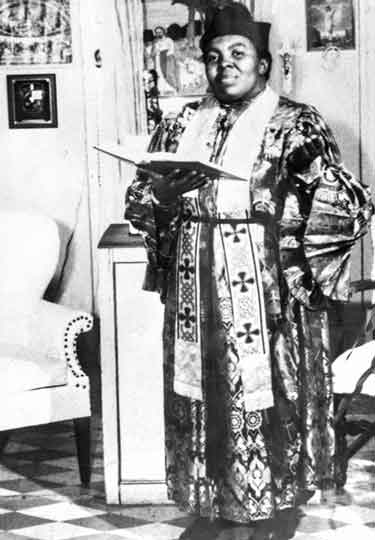 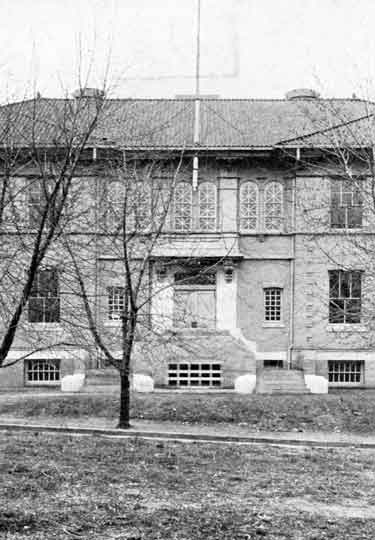