We are Panthers! We are Proud! We are Powerful!

Our Dual Language classrooms contain roughly half English-native speakers and half Spanish-native speakers. This composition is referred to as a Two-Way Immersion classroom. The societal and educational aim of our dual language classrooms is maintenance and enrichment of both languages, with bilingualism and biliteracy as the ultimate language aim. Bilingualism is the ability to proficiently speak and understand two languages. Biliteracy is the ability to proficiently read and write in two languages.

Multiple research studies have shown that Two-Way Immersion education is highly effective for both English-dominant and Spanish-dominant students. Students eventually demonstrate high levels of proficiency in their second language and high academic achievement, without jeopardizing their English skills. It takes, on average, four to six years for a student to achieve bilingual proficiency.

For the English-dominant student in an English-dominant society: a second language (Spanish) is learned best through an environment that immerses them in the second language. This fosters communicative proficiency in Spanish while allowing them to naturally develop their English, thanks to the dominance of English in their social/cultural environment (e.g. home, grocery store, television, etc.).

Therefore, for students in Two-Way Immersion classes, while Spanish-dominant students are taught primarily in their native language during the first few years of instruction, English-dominant students are immersed in their second language during these first few years. It is critically important for students of both Spanish- and English-dominant backgrounds to interact with one another in the Two-Way Immersion classroom. In this way, they become peer tutors and language models to one another, further solidifying the lessons by the teachers.

Our Two-Way Immersion model is research-based and includes additive bilingual situations where the addition of a second language and culture is not likely to replace or displace the first language and culture. It is modeled on the following criteria found to be necessary for successful Two-Way Immersion models, developed by Kathryn Lindholm-Leary, a leading researcher in the field: 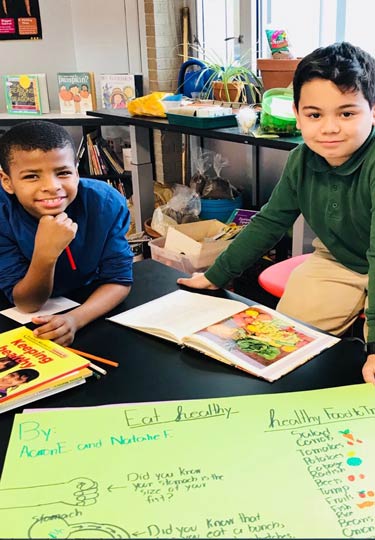